Adam Ansorge
starting with stop-motion Legos™ back in 1980-something, Adam has been drawing and animating ever since. He has worked on sets for live-action production, in multiple animation studios performing animation and motion graphics production, one video game company as a level designer, and one marketing agency as a multimedia consultant for pharma-client driven productions, sales pitches, and new business. Graduated Mason Gross School of Visual Arts (New Brunswick NJ, 1998), BFA Film/Video and School of Visual Arts (NYC, 2005) BFA Character Animation. He has been around the academic and professional environments of film and animation production for roughly 14 years and has been assisting and/or directing dozens of projects. Whether it for others or himself, Adam is a "creative" with a background allows him to be an artist as well as a detailed oriented professional. Film and animation festivals of his work have been screened in: The BeFilm Underground, Animation Block Party, Worldfest Houston, Red Stick International, Miami International, Red Bank International, Tel Aviv Animation Festival, ASIFA-East awards show, and Animayo. 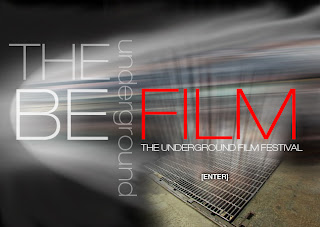 While I couldn't attend night #1 of the BeFilm Underground Film Festival, I did attend the last two nights and let me just say...BeFilm is flipping awesome!! The festival curators: Laurence Asseraf and Dimitris Athos are tireless and incredible!!! So far, I've gotten something good out of almost every film I've seen which have time ranges from as little as 1 minute up to 20 (I think that's the max). The 20 minute films don't feel like 20 at all and the small bites of projects are a wonderful spectrum of both live action and the latest animation in the 2nd and 3rd dimension. I even got to see a hush-hush screening that I am unable to comment or describe, but believe me when I say this: BeFilm goes out of their way to put on a good show and you would be a fool not to join us if you love short films and animation.

It's hard to say the highlights because everything is a highlight. No joke!
But, the top ones that really stuck with me were:

BeFilm goes on tonight and tomorrow night and I will definitely be there. Check out the schedule. And, if you want to see the festival premiere of That Hand Film, you gotta come to this:)
Posted by Adam Ansorge at 10:34 AM

My most recent whiteboard illustrations: